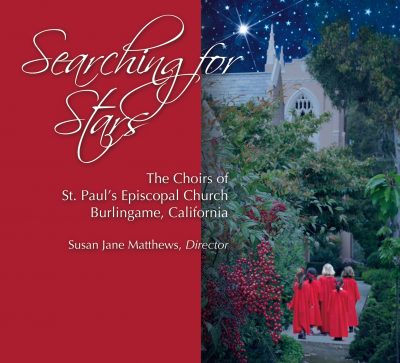 You are invited to a search for stars through nine centuries of song with the Choirs of St. Paul’s and Director Susan Jane Matthews, from the Medieval chant of Hildegard von Bingen and the Romantic keyboard music of Fanny Hensel, to Modern settings of the poetry of Sara Teasdale by American Frank Ticheli and Latvian Ēriks Ešenvalds.

Based on the program of music from the 2018 Christmas concert, Searching for Stars was recorded at the end of May by the Choirs of St. Paul’s (grade K through adults) accompanied by organ, string quintet, woodwinds, handbells, water-tuned glasses, and even Tibetan bowl.

This CD makes a terrific gift for friends and families.  Sales benefit the Choir School.  Purchase at St. Paul’s Episcopal Church, Burlingame or by contacting smatthews@stpaulsburlingame.org.

May you find stars to light your heart in this music throughout the year. 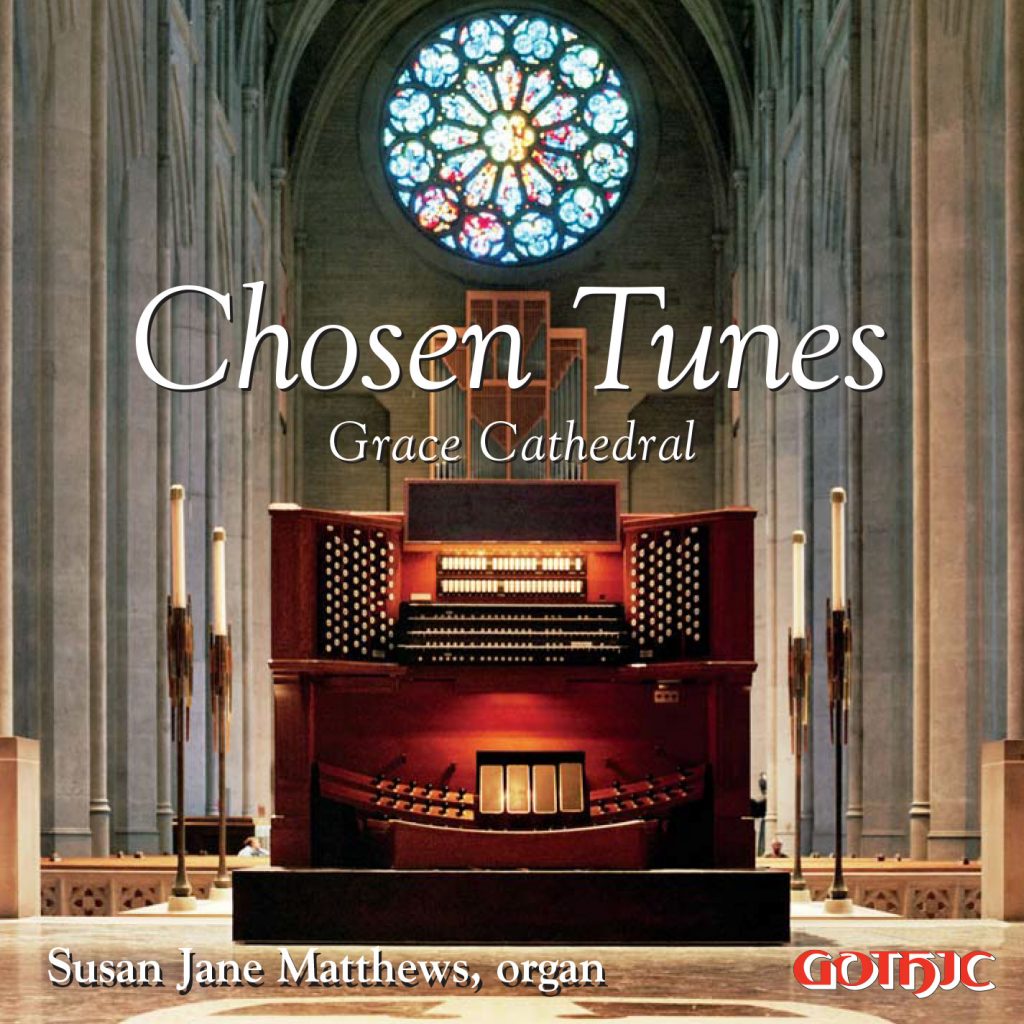 The Chosen Hill of Churchdown (between Gloucester and Cheltenham), with its spectacular views of the Malvern Hills, was a favorite destination of Herbert Howells in the long walks of the English countryside he so enjoyed from boyhood. Howells composed his “Chosen Tune” in celebration of his engagement to the singer Dorothy Dawe who was a native of Churchdown. This recording gathers together eleven chosen tunes from France, England, and America that display the incredible beauty of the treasured 1934 Æolian-Skinner Organ, Opus 910 of Grace Cathedral, San Francisco.
Purchase Chosen Tunes Here

“‘Chosen Tunes’ has been played more times recently here than just about any CD I can recall. It is, in a word, one of the most spectacular organ recordings ever made and deserves a high place in recorded history. The CD has the quality I like to call “re-playability” or “re-listenability” that denote recordings that don’t go on the shelf after a listen or two. You have hit a high note on the combination of musicality, sonics, acoustical ambience and stunning technology.”
~Charles Swisher, recording engineer for Virgil Fox


Yes, but do run out and get “Chosen Tunes” (Gothic CD G49206), Susan Matthews, playing “a recital honoring noble melody.” The best recording ever at Grace, and she uses those strings (and the new Tuba!) in ways that Richard Purvis would have applauded.
~Michael Fox

” . . . Susan combines flawless technique with a secure sense of style and imaginative use of the vast resources of the Cathedral organ.”
~Victor Hill, Ph.D., The Journal of the Association of Anglican Musicians (September 2008) 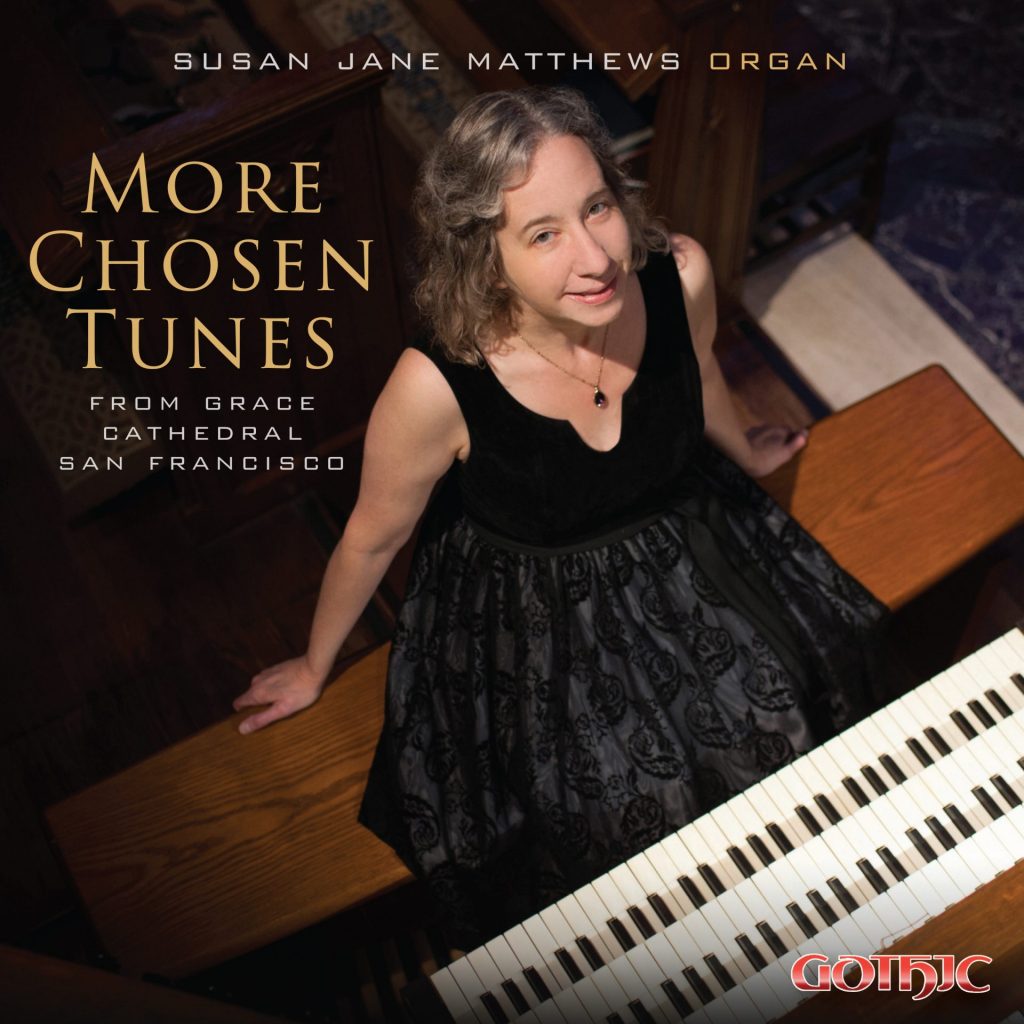 Since recording the first Chosen Tunes CD in 2004 at Grace Cathedral, San Francisco while principal organist there, I have had the opportunity to play a few more chosen tunes in wonderful sacred spaces in Europe and the USA, and even ascend the Chosen Hill in Gloucestershire which inspired Howells’ “Chosen Tune,” and in turn the title of these CDs. It is always a joy to return to the cathedral down the block to sit down once again to play the Alexander Memorial Organ while gazing at the glorious Canticle of the Sun rose window on the west wall. May you find glimpses of God’s beauty in this music.